OB facilities for 2017-18 season Photo Courtesy of netballsl.com Televideo continued our netball contract with Sky Sports, as the 2017-18 season ‘tipped off’ last weekend with an international series between England and Malawi. Beginning at the Copper Box Arena on Friday 24th November, the England Roses faced the Queens over 3 dates, ending at the Genting Arena in Birmingham on Wednesday 29th November. Televideo supplied 6-camera coverage, which went out live each night fro

Image courtesy of BBL Every game covered for BBC and Perform September 29th saw the British Basketball season get underway – with Televideo once again covering all 242 games for broadcast on the BBC, LiveBasketballTV, UNILAD and the Perform Group. It is the 2nd year of our partnership with the BBL, and all concerned are thrilled with the way the sport has progressed and grown in the last year. This season BBL fans will be able to enjoy 2 free to air games each week – UNILAD 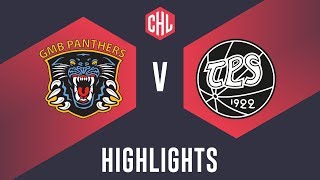 Live broadcast for HBS Televideo were delighted to be rinkside again this month, with ice hockey back in our repertoire of sporting broadcasts. Working for Host Broadcast Services, Televideo provided OB and production facilities for the UK legs of the Champions Ice Hockey League. Between 31st August and 7th November, our crews covered all Cardiff Devils and Nottingham Panthers home games, typically with a 7-camera specification. Televideo’s graphics department integrated the